VVIP, my guest of honour.

I was very very lucky. I was there at the right place and right time. Friends asked how I got a Government Minister to be my guest of honour.

Dato Sri Wong Soon Koh offered to be my VVIP guest. I wrote to him, as his student if the Government had funding to aspiring writers, and the rest is history. He was proud to be my teacher, and I had done him proud.

Francis Chen very happily helped me with the logistics and my Chinese MC. When my Malay and English MC couldn't make it, John Benet stepped it.

Who could dream that my book launch was such a Ministerial affair and my own clan people organising it. Thank you Mr. Kong Tze Ling. 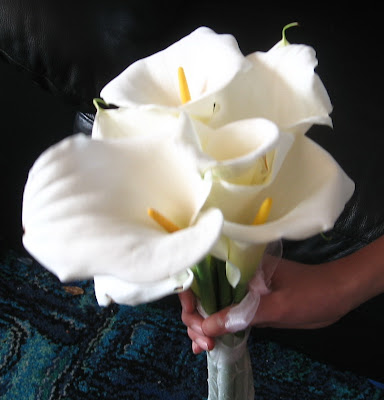 The calla lilies grow wild in Auckland. They are beautiful and is nostalgic to me. My Grand dad used to have similar ones growing in his rubber garden in Borneo.

In the book, the street kids chose these flowers to represent them. Wild and strong. Strong because they grew by themselves and bloomed even in winter.

A reader wrote, " I found your book really awakening and down to earth. An interesting read and lots of research."

Another commended, "You were very brave to go to places where people were afraid to go."


At the beach front of Auckland, a morepork hooted eerily as it circled round the Marae and perched on the pinnacle of the Salvage Memorial monument screeching a mournful song.
“Hear the morepork, if its call is E-e-e, this is a friendly greeting. If it is Whe, whe, whe, and then Peho peho, it is a sign of anger. Now what you hear is doleful, there is death,” an elderly Maori grandfather tells his grandson.

Stan’s whānau or family and his mother Reka, from the whenua rangatira at Bastion Point waited patiently for the funeral directors to finish their job sewing Stan together before collecting his tupapaku or his cadaver and taking it back to his marae for his tangihanga. The funeral directors had to do the gruesome job because the accident had cut up his face so badly and his body was butchered in many parts.
As they returned to Bastion Point, the wind kicked up and it felt raw, violent, blustery and freezing cold. It was an atmosphere of eeriness and somberness. The sea gull screeched, in stark contrast to the beautiful sea view of the Waitemata Harbour. Nobody was looking at the view, everyone’s heart was heavy. The people remembered the year of 1978, the Takaparawha - the police siege of Bastion Point. They were choked up with anger and sadness: society had failed one of their children and cut his life prematurely.
Karakia were said and a haka performed in front of the Marea to welcome Stan’s body home after the postmortem examination and embalmment. The tangi cried for a little boy who hasn’t turned fourteen and whose life was cut short just like that. Everyone there, friends and Whānau had looks of disbelief, outrage and anger. The waiata, the chanting song was sung as Stan was laid in state. Like Vinny’s father, Aneki, Stan’s father Tipene had been given compassionate leave from the Auckland Prison at Mt Eden where he was lanquishing behind bars. Tipene dressed Stan in the traditional Maori feather cloak. The visitors came to console his parents and laid wreaths around his open coffin. They place photographs of his deceased relatives around the coffin. The relatives and friends touched and kissed him goodbye and made speeches to tell him to go in peace to meet his whānau who have gone to the sky before him. Stan’s Primary School friends came in drove, even his Intermediate school friends came though Stan was hardly ever at school by the time they went to Intermediate School.
After three days of much wailing and tears, the funeral director came with their hearse. Stan’s uncles carried him out to the hearse and they drove slowly along the waterfront road of Tamaki Drive. They had his funeral service at the little church at Orakei Domain. The service was conducted both in Maori and in English. Stan did not speak much Maori when he was alive, or stay in the marae either. Stan lived in old warehouses, factories and under bridges. He would be more comfortable and at home with his two friends who went the same journey as him that day. That was why Stan’s parents agreed to burying him together with his friends in Manukau.
They placed the coffin next to his friend Vince’s grave who was buried the hours before him. After they lowered the coffin, the whānau and friends placed Stan’s earthly possessions in the grave before they covered them with dirt. Tipene placed the BB gun which he had given him for his thirteenth birthday. His mother Reka, with uncontrollable sobs and jellied legs, had to be dragged away to join the mourners in a hangi for Stan’s wake. 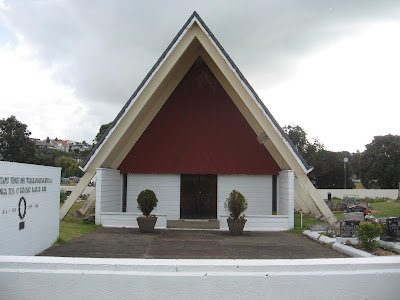 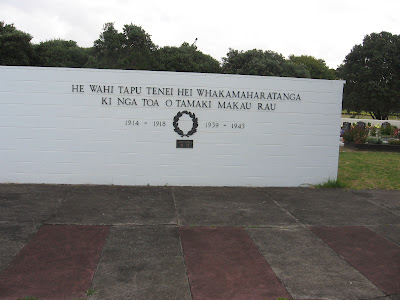 The little church at Orakei Beach near to Bastion Point. It has a little cemetery where Maoris are buried, babies, little children and grown ups.

I have become quite attached to this cemetery because because I often go to the beach at Okahu bay and Mission bay. Sam likes to play at the Okahu Domain Park. When I am there, I say a quiet pray for the mums who have buried their babies there, and for my self. My baby was not buried here, but out west at Waikumate cemetery.

This church has a long history way back to the founding of Auckland. TheMaoris gave land to the government.

In 1858, the Ngati Whatua gave land at Orakei to the Anglican Church for a chapel and school.