10:31 AM Tuesday Dec 1, 2015
As Hong Kong seeks to expand its international airport and with a major new bridge project under way, campaigners warn that the dwindling number of pink dolphins in the already busy surrounding waters may disappear altogether.

Environmentalist and activist  Jamie and his friends tried to save beached pod of whales in the book.

Asian wife shouted at in supermarket

This sounds so much like Norman and Emma turned Isabella.

A man has admitted using offensive language after screaming obscenities at his wife in a Blenheim supermarket.
Andrew Graham Wilson, 45, a vineyard worker of Blenheim, appeared at the Blenheim District Court on Monday.
A police summary of facts said Wilson and his wife Hsiu Chen Tsao were shopping for groceries at Countdown, in Blenheim, on October 30.
Wilson realised he had lost his wallet while in the supermarket.
He began shouting obscenities at Tsao because he thought he had given it to her. He told her to get back in the car and shortly followed her.
An onlooker reported the incident to the police.
Wilson continued yelling abuse at Tsao in the car and stopped only when he was phoned by police, who informed him his wallet had been handed in to the Blenheim Police Station.
His lawyer Rob Harrison said Tsao "had no qualms" about the incident.
Judge Graham Ellis surmised that she was "used to being treated like that".
"She understands sometimes he uses inappropriate language. She's very supportive of him," Harrison said.
Judge Ellis did not award an emotional harm payment to Tsao because it might incite more anger in the relationship, he said.
Wilson was convicted and fined $250.

Ann is the fourth child of the late John Chan Hiu Fei and Mary Kong Wah Kiew. She is married to Chin Chen Onn, PhD. She has three surviving children, Deborah, Gabrielle and Sam. Her third child, Andrew died when he was a baby and is the inspiration of her first book. 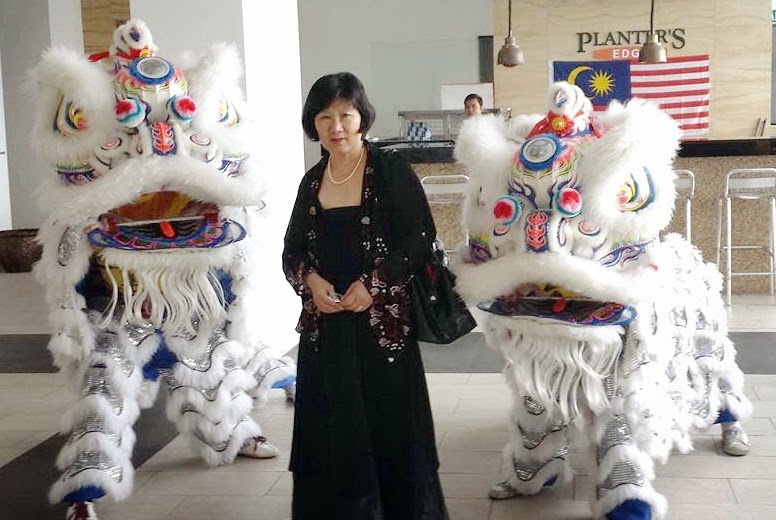